Purpose of the Bill

Wellington is well known as the Winter Equestrian Capital of the World.  During the winter months, thousands of participants, spectators and vendors come to Wellington to enjoy the various equestrian sporting events held here, and Wellington houses approximately 13,000 horses during the season.  These horses are bred and trained to compete in the various equestrian sports and are highly valuable.  Their owners devote enormous time, energy and financial resources to their care and training.

It is well documented that horses are startled by loud noises and sudden flashing lights and are particularly frightened of fireworks.  In fact, numerous equine publications publish articles and tips for helping horses handle the stress of fireworks displays, and there is concern for both the safety of the horse and the horse owner during these events.  In anticipation of holidays and other celebrations throughout the year, Wellington receives many requests for assistance from those within the equestrian community, who are very concerned about the stress and anxiety experienced by their horses during these events, and who fear for the safety of their horses.  It is very common for horses to gallop, sweat and tremble when “spooked” by the loud noise and flashing of fireworks, and this can result in cuts, strains and sprains in these prized animals.  This is especially true on holidays such as New Year’s Day, Independence Day and New Year’s Eve. 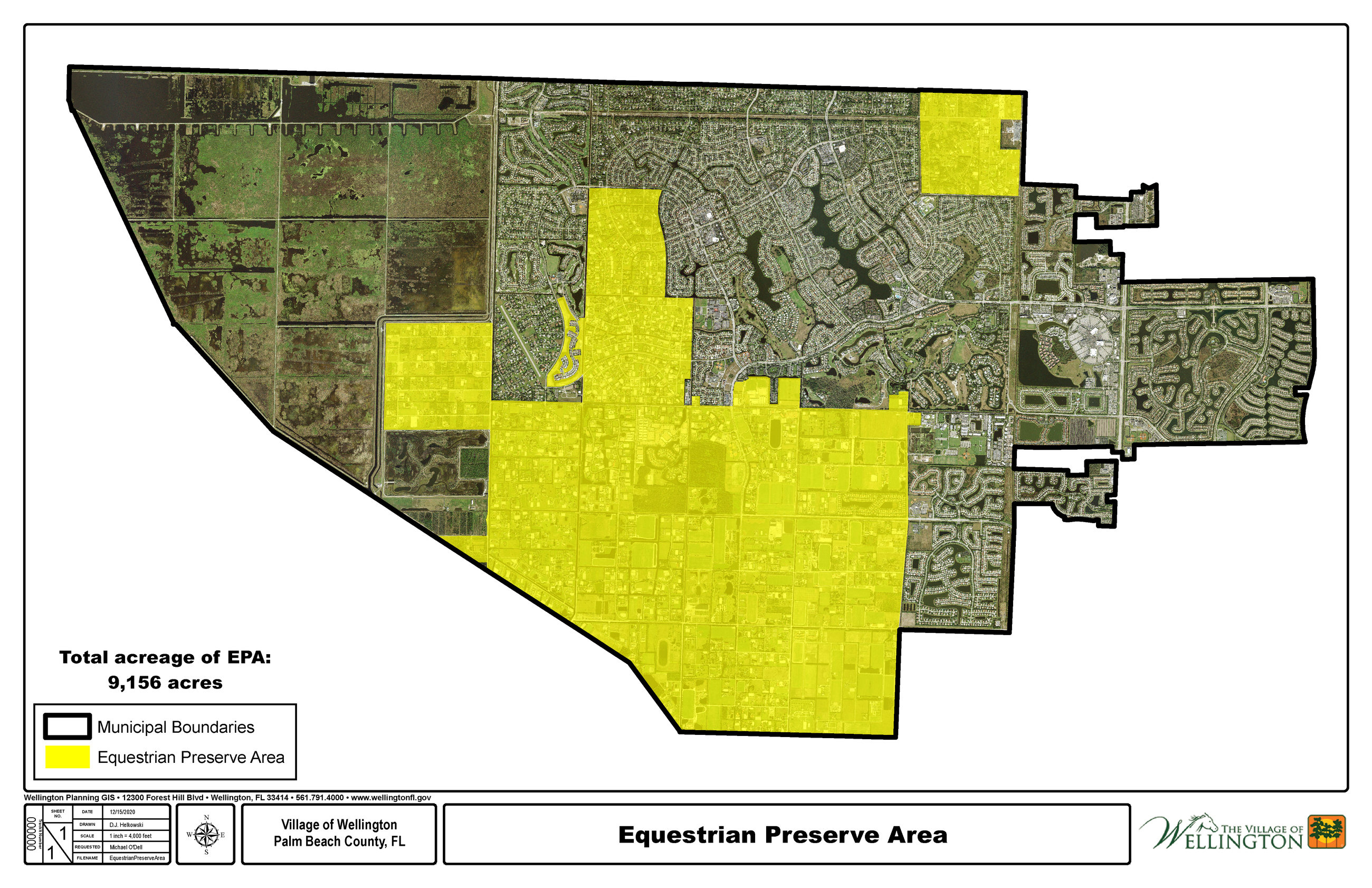 Chapter 791 of the Florida Statutes is intended to create a uniform scheme of regulation with respect to the sale and use of fireworks throughout the state.  Section 791.02 makes it unlawful to sell, expose for sale, sell at retail or use or explode any fireworks except for supervised public displays by fair associations, amusement parks, and other organizations or groups of individuals.  Such displays must be handled by a competent operator and must be approved by the chiefs of the police and fire departments of the municipality in which the display is to be held.  The fire chief must determine that they are not hazardous to property or people.  The prohibition found in section 791.02 does not apply to the purchase, sale or use of fireworks where such fireworks are used exclusively in frightening birds from agricultural works and fish hatcheries.  The Department of Agriculture and Consumer Services is responsible for adopting rules relating to such agricultural uses. Fla. Stat. § 791.07.

In 2007, the Florida Legislature created a Consumer Fireworks Task Force pursuant to Chapter 2007-67, Laws of Florida. One of the legislative findings underpinning the creation of the Task Force was to ensure that local government regulation of agricultural uses was not inconsistent with legitimate agricultural purposes.  As part of the 2007 law, the legislature directed that local governments may not adopt any ordinance, rule or regulation after March 8, 2007 that directly prohibits or directly interferes with the safety standards established by state law or the right to purchase, sell, use or possess consumer fireworks unless the Legislature enacted legislation to provide for the comprehensive regulation of fire prevention and safety standards for the use of consumer fireworks.  To date, the Legislature has not adopted any such comprehensive regulation and Wellington had no existing ordinance regulating fireworks, other than use within Village parks, in existence on March 8, 2007.

The effect of the 2007 legislation is that Wellington is currently preempted from regulating the use of fireworks within its boundaries because it had no ordinance in existence on March 8, 2007.  During the 2020 legislative session, the Legislature adopted SB 140, now codified as Chapter 2020-11, Laws of Florida and to be numbered as section 791.08, Florida Statutes. The new law provides that, notwithstanding the prohibition of section 791.02, the use of fireworks is not prohibited on the designated holidays of New Year’s Day, July 4th and New Year’s Eve.  This exception to the general prohibition found in section 791.02 allows Wellington residents to set off fireworks on these holidays.  The use of fireworks within Wellington’s Equestrian Preserve Area, which is home to thousands of horses, is detrimental to the health, safety and welfare of those within the Wellington equestrian community.

Wellington does not believe the Legislature considered the impact of the legislation on unique communities such as Wellington, which is home to so many horses during the year.  Wellington and its equestrian residents have grave concerns about the impact the unregulated use of fireworks on the designated holidays has on the horses located within Wellington’s equestrian preserve.  To be clear, Wellington is not seeking to preclude the agricultural exemption for fireworks use found in section 791.07.  What it seeks is a local bill that will permit Wellington to regulate the non-agricultural use of fireworks within its Equestrian Preserve Area on the designated holidays set forth in section 791.08 (2020-11, Laws of Florida).

Without the passage of a local bill exempting Wellington from the provisions of Florida Statutes §§ 791.001 (application and enforcement section) and 791.08 (exemption for use of fireworks on certain holidays), Wellington will be unable to protect its equestrian citizens and their horses from the danger associated with the unregulated use of fireworks throughout the community on the designated holidays.