Wellington, one of the most successfully crafted communities in Palm Beach County, is the premier South Florida 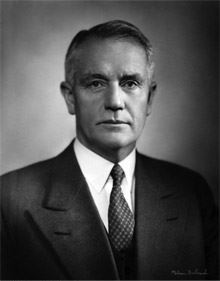 In 1951, following the recommendations of Arthur William Glisson (known to all in Wellington as "Bink" Glisson), Charles Oliver Wellington assembled and purchased several tracts of land that would later become known as Wellington. Mr. Wellington was a very successful accountant and investor from New York. The area he purchased frequently flooded with water. That really is not surprising because Wellington's southwestern boundary is the Florida Everglades. Shortly following the land purchases, the State of Florida passed legislation creating the Acme Drainage District.

The initial purpose of the District, created in 1953, was to provide for drainage and flood control on the assembled acreage and to make the property suitable for agriculture. This was a huge undertaking as the total size of the tract was over 16,000 acres. This drastically transformed the landscape from waterlogged land to fertile farmland. Portions of the land were sold or leased to farmers for cultivation. Many crops were grown, including strawberries – 2,000 acres to be exact. In fact, the area that is known as Wellington was once the world’s largest strawberry patch.

Bink Glisson was hired by Charles Oliver Wellington to oversee the property that was soon to become known as the Flying Cow (Charles Oliver Wellington) Ranch. Bink also served as the Acme Drainage District's first employee and general manager. In many respects, Bink was the first rock to anchor what was soon (44 years later) to become Wellington. He served the District in many capacities for 40 years and retired in 1993 with a big sendoff attended by hundreds of his friends and neighbors.

Mr. Wellington was the first Chairman of the Acme Drainage District and served until his death in 1959. Oddly enough, it was probably Mr. Wellington's death which led to the decision to develop portions of the property to raise capital to pay for estate taxes. Wellington's son, Roger Wellington, carried on as the District Chairman until he retired in 1984. Major construction did not begin until the first large tract of land, 7,400 acres, was sold to the Investment Corporation of Florida (ICOF) in 1971 for a cost of approximately $800 per acre. In 1972, a joint venture between ICOF and Alcoa Aluminum was formed to begin the construction of a new community. Shortly after construction began, hundreds of homes began selling. In 1976, Alcoa decided to sell their interest back to ICOF. Two years later, the remaining properties of ICOF were sold to Gould Florida, a division of the large electronics corporation Gould, Inc. William Yilvisaker, the Chairman of Gould, was an avid polo player. It was his contribution that produced the Palm Beach Polo and Country Club.

In 1985, Gould sold its remaining acreage to Corepoint, Inc. Corepoint was than succeeded by Lennar Homes. Since that time, Lennar also purchased the remaining 500 lots in Bink's Forest. In another distressed real estate sale, Glenn Straub purchased the Palm Beach Polo and Country Club in 1993.

The next step in the evolution of Wellington was probably its most important for the future. In November 1995, a determined group of Wellington residents succeeded in a referendum to establish Wellington as an independent municipality. Wellington was officially born on December 31, 1995 (to qualify for certain Florida State funds it was necessary that the Village be chartered in 1995 or millions of dollars in State funds would have been lost). Official operations commenced on March 28, 1996. On December 31, 2010, Wellington's 15th anniversary as a municipality, Wellington's City Hall officially opened.

In 1953, fewer than 100 individuals resided in the area. Today, Wellington is an affluent and thriving community that is willing to stake its future on being different. Wellington is recognized as the winter equestrian capital of the world. The community offers tremendous diversity from apartments to lavish homes where residents have private airplane hangars. Most importantly, however, Wellington is a Great Hometown.

You may view the current Village of Wellington Charter in Municode.

More information about Wellington's history is available from the Wellington Historical Society.