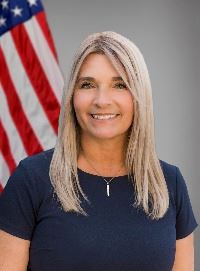 In 2015, Mrs. Siskind served as a member of Wellington’s Education Committee, gathering resident input and developing actions that benefit Wellington schools. Since 2016 she has served as Chair for the Communications Council for the Parent Teacher Organization (PTO) at Wellington Landings Middle School and is a Co-Chair for the 2018 Project Graduation for Wellington High School. In 2018 Mrs. Siskind joined the Palm Beach County League of Cities Attainable Housing Regional Subcommittee as the Western Representative.

Vice Mayor Siskind endeavors to use her philanthropic perspective to inspire and promote a bright future for Wellington.

Vice Mayor Siskind grew up in Glen Arm, Maryland; a horse community in the suburbs of Baltimore. She attended the University of Maryland at College Park, where she earned a Bachelor of Science degree. After meeting and marrying her husband, Jeffrey, they relocated to Los Angeles, California where Mrs. Siskind continued her education and received an MBA at Pepperdine University.

Mrs. Siskind and her husband moved to Wellington 17 years ago to raise their family. Today, they have three children - Samantha, Jack, and Scarlett. Mrs. Siskind has served Wellington as the president of the Binks Forest Elementary School Parent-Teacher Association (PTA) for six years. Under her leadership, Binks Forest PTA won numerous awards including "PTA of The Year" three years in a row.

Mrs. Siskind also served on several School Advisory Committees and held the executive board positions of Vice President of Leadership and Treasurer for The Palm Beach County Council PTA/PTSA. For the last decade, Mrs. Siskind has served with The Junior League of the Palm Beaches in a variety of leadership roles.

Please be advised that Wellington is a public entity subject to Florida’s broad public records law under Chapter 119, Florida Statutes. Most written communications, including email addresses, to or from Wellington employees and elected officials regarding city business are public records and are available to the public and the media upon request. Your email communications may therefore be subject to public disclosure. If you do not want your email address to be subject to disclosure as a public record, please do not send electronic mail to Wellington. Instead, contact the city by telephone at 561-791-4000.