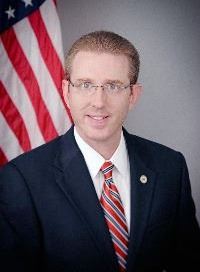 Councilman John T. McGovern was first appointed to the Village Council in February 2015 to replace Councilman Howard Coates; in 2016, was elected without opposition to complete the remainder of Coates' term. McGovern was re-elected to his full term in 2018 and once again in 2022. McGovern served two terms as Vice Mayor from 2016 to 2018, and from 2021 to 2022. Councilman McGovern also serves as Chairman and Wellington's representative on the Western Communities Council.

Councilman McGovern is a native Floridian, who first moved to Wellington in 1986. Councilman McGovern was a member of the first graduating class to have attended Wellington High School for all four years. Mr. McGovern holds both a Juris Doctor and Bachelor of Arts from the University of Florida, where he served as President of the Student Body. After graduating law school in 1999, Councilman McGovern returned to Palm Beach County and began his career as a trial attorney. The Councilman is managing partner at the western communities-based law firm, McGovern Gerardi-Law, P.A.- Dedicated to the Injured.

Mr. McGovern along with his wife, Michelle, and their daughters, Emilia and Victoria, returned home to Wellington in 2011. McGovern says moving home to Wellington was an "easy decision." "The Village has grown and developed and modernized, but at its core, Wellington is still a one-of-a-kind, family focused, environmentally friendly, uniquely equestrian-based, multi-generational community made up of diverse neighborhoods, with A-rated public schools and second-to-none youth programming."

Councilman McGovern is committed to ensuring Wellington's continued greatness for our children, residents, and future residents. He says, "Making decisions that secure the long-term success and security of Wellington will be my only mission."

Please be advised that Wellington is a public entity subject to Florida's broad public records law under Chapter 119, Florida Statutes. Most written communications, including email addresses, to or from Wellington employees and elected officials regarding city business are public records and are available to the public and the media upon request. Your email communications may therefore be subject to public disclosure. If you do not want your email address to be subject to disclosure as a public record, please do not send electronic mail to Wellington. Instead, contact the city by telephone at 561-791-4000 or 561-363-7905.